Established in 1987 by Hartlepool mum Jill Kitching, Epilepsy Outlook has been providing local people with epilepsy information, advice and support for almost 25 years. 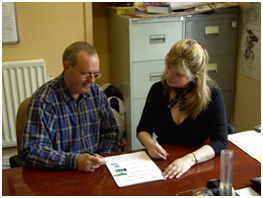 "Epilepsy Outlook has had a charity shop since day one," says Jacqui Gettings, Mrs Kitching's daughter and current Operations manager.  "The money we raise in our shops covers the costs of getting information out there and providing support to the people who need it."

Despite having recently developed a website, Facebook page and eBay store, Epilepsy Outlook is keen to maintain the face-to-face services which have made it a mainstay for local people who are living with epilepsy.  The charity's office and advice centre, also on York Road, hosts regular activities such as art groups , card making sessions and drop-ins.  It is also where advice worker Graeme Ringwood meets with those in search of personalised advice and information. 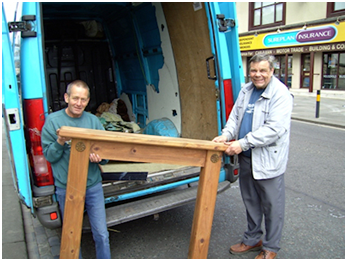 "A wide range of people come to us seeking support," says Graeme, who started out working for the charity as a volunteer but is now employed for three days each week. "We work with parents of children with epilepsy, people who have been living with the condition for several years, families, carers and those who are still awaiting a formal diagnosis."

Jacqui explains how it can take several weeks for a person to be diagnosed with epilepsy following their first seizure.  "When a person has been discharged from accident and emergency following a seizure, their GP will refer them to a neurologist [a doctor specialising in conditions affecting the brain and nervous system].  The person may be waiting for quite some time for their appointment with the neurologist, but we can help them in the meantime.  We can explain how to keep a seizure diary that can help with diagnosis as well as answering any questions which they or their family may have."

"Epilepsy can take a lot of control from a person," Graeme adds.  "Diagnosis is often a real bombshell, and we pride ourselves on offering an individual service that helps to put people's minds at ease and give them back some of that control."

Epilepsy Outlook is well-known for supporting volunteers with individual needs.  "We're an all-inclusive charity," explains Jacqui.  "We're here to support all volunteers who need a bit of extra help, not only those who are affected by epilepsy."

Indeed, the charity has a good volunteer retention rate, though some do go on to volunteer with other organisations or find paid work after gaining valuable experience with Epilepsy Outlook.  The charity's volunteers work for a total of more than 350 hours each week in a wide variety of roles, including collecting items to be sold in the charity's shops, leading the art and craft groups, testing electrical appliances for safety, working in the York Road and Oxford Road shops and maintaining the charity's website, Facebook page and eBay store.

"Everyone has a contribution to make and we let them do that at their own pace," Graeme says.

"We see the value each person can add to our organisation," Jacqui agrees.  "We wouldn't still be here without our volunteers."

To make an appointment with an advice worker contact the charity by: